What to say about the dash camera, well performance at day is very good with good viewing angles. Videos are sharp and good quality especially at day, everything is visible, especially license plates at the same speed as other cars. Cars driving towards, well sometimes you can’t read the license plate. The rear camera is probably the same as the front cam, and in the daytime is good. I didn’t find details about cameras, sensors… Both cameras are rated as Full HD (1920×1080) @30fps and HD (1280×720) @30fps with H264 encoding, so files are very big. You can change the duration of recorded videos, but files are big, so 16 GB provided micro SD is too small. The dash camera is supporting Micro SD cards up to 128 GB, which is the best choice.

At night at good lightning license plates are visible on both cameras especially in the city where light is good, but on poor lightning with only car lights, there is a problem to read license plates.

9,66″ touch screen is with good visibility, normal touch response and I think it is IPS LCD but I didn’t find info about the panel. The touch screen is responsive, and it is streaming a live feed from the front, rear or both cameras at the same time. When LCD is shut down you have mirror-like visibility like you have a normal rearview mirror, but when you are using a live feed from the rear camera it is very confusing. Rear camera has an option to connect it to reverse light and when you put the car in reverse on display is automatically switching to a rear camera with additional marked lines for reverse parkin, but if you want precision rear camera to have to be mounted near the license plate or somewhere low on car for better viewing angle. Keep in mind that there is no info about the IP rating for the rear camera.

Dash camera OS is simple with the dual-core processor (no detailed info) with 1 GB operating memory, navigation is simple via touch display, and the menu is very simple and easy to use.

Connectivity, well that s a bit of a problem, there is no WiFi, no Bluetooth, so you have to every time pull out your Micro SD card which is a problem because Micro SD card slot is on top of the device and for me was impossible to extract it without dismounting rearview mirror, which is rather frustrating. On top of the device is an external GPS connector so you can hook up GPS receiver, but I didn’t test it.

ADAS – hmmm, ADAS or Advanced Driver Assistance System is powered by both cameras and well, it`s annoying, every time you change lane, bip bip, car is near of you bip, bip…., on the highway its ok but in the city is pretty annoying.

In the box is everything you need for camera installation. It is easy to install. The dash camera is mounted over your rearview mirror, with rubber straps, you will have problems if yours OEM mirror is thick but I hadn`t had any problems with installations in my car, and I have auto dim. 10 meters of AV cable for rear camera is more then enough for longer vehicles, and additional wire for rear lights is also provided. Setting up recording angles is easy because with simple touch and dragging pictures on display you can adjust the viewing angle.

Videos at the different time of the day

Sample video of the front camera at bright sunny day

In the end. This is a very good camera, with an interesting LCD display, which is always good. You can replay videos at dashcam, but it is problem with transferring videos because you have to remove Micro SD card, and then at the computer transfer files with provided USB adapter to PC, there is too little room for removing Micro SD card without dismounting dash camera. WiFi connection is something to consider in future upgrades! I was satisfied with video quality and daily use is more than enough. ADAS in the city is annoying, so don`t use it. On a highway where is road boring it could help in your safety. Price, well on Arirobot site price is 169$ and on Amazon with a discount is 99$. Is it worth it? Maybe not! I like Acumen OS, I like new things, and gadgets, OS is basic and it is easy to use but is refreshing to see something new.
Depending on what you need Acumen XR10 rearview mirror camera is good for everyday use but too expensive, for less money you can get more.

Thank you for your time, I am open for corrections. Please forgive me if I forget something to mention! 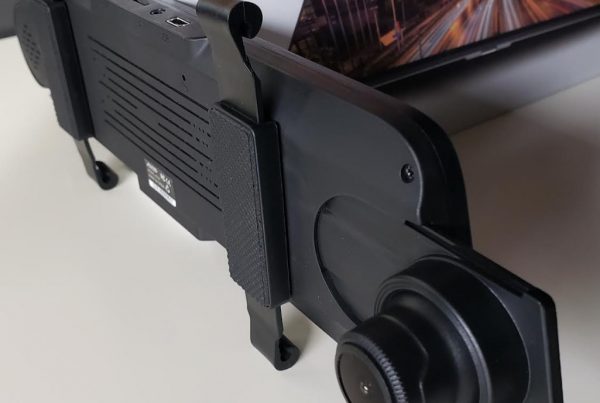