What is a G-sensor?

G-Sensor, also known as an accelerometer, is a sensor that can perceive the change of accelerating force. The Accelerometer has been widely used in industry and science. The most common usage of the g-sensor is in smartphones and tablets. It is used in smartphones and tablets to make sure the pictures are always shown upright. The usage of g-sensor in a digital rearview mirror is not to switch screen display, but instead, it is used to detect impacts while driving, such as a car accident, a hard brake, or a car break-in. 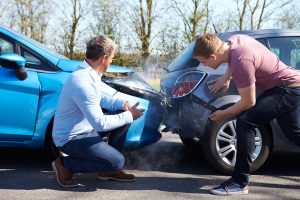 How does it work?

When the built-in g-sensor detects an impact, it will trigger the digital rearview mirror to automatically lock the current file and save it to a separate file for you to view and download later. The sensitivity level can be adjusted in the settings to “High”, “Medium” or “Low” depending on the driving environment. For instance, if you decided to go off-roading, you may want to switch to low sensitivity to avoid locking too many files. To view the incident clips, you can view it directly on the digital screen through video playback or take out the SD card and transfer the file to your laptop or desktop.

What are the benefits of having a built-in G-sensor in your digital rearview mirror?

Some people think it’s unnecessary to have a G-sensor in a digital rearview mirror because you will stop driving and check for the video evidence if you just experienced an accident. But it makes things so much easier for you. As the G-sensor triggers the digital rearview mirror to automatically save the incident-related clips, it gives you peace of mind that you don’t have to worry about saving the evidence, but instead, you could pay more attention to the safety in the situation.

It is even more helpful to have a built-in g-sensor for parking monitoring. If hardwired to the vehicle’s fuse box, Acumen XR10 can provide a 24/7 parking monitoring service to your vehicle. If your car got hit or scratched while parking, the g-sensor saves the file to an individual folder that can help save you from going through hours of non-incident recordings.